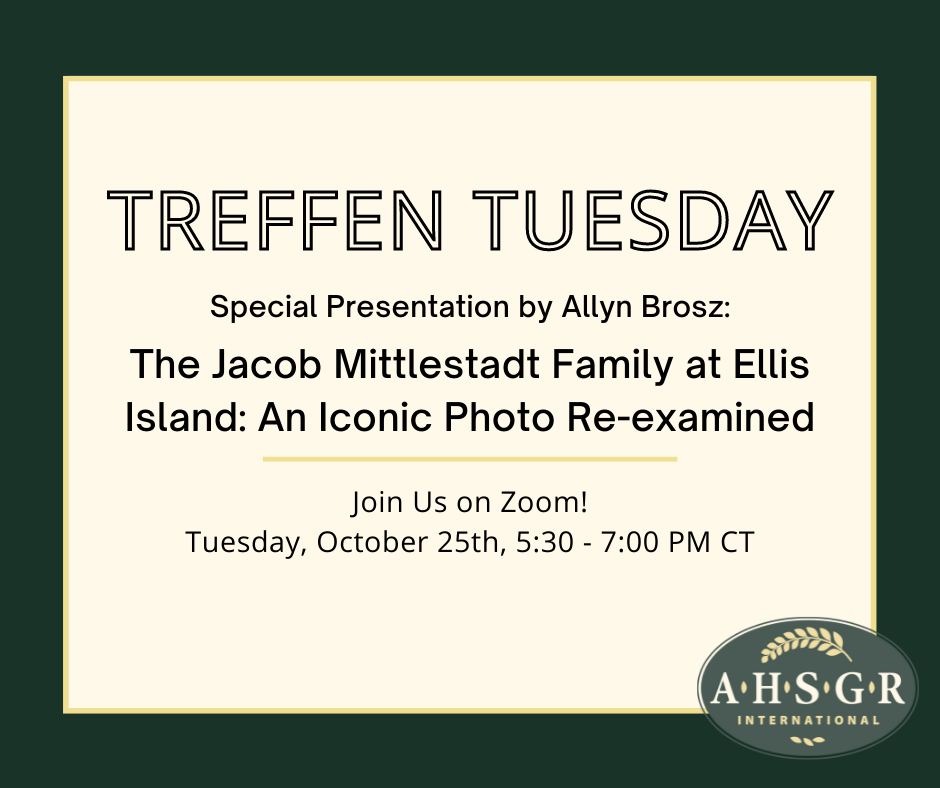 Allyn Brosz is a South Dakota native with German Russian ancestry from Bessarabia and Glueckstal colonies.  He retired in 2021 from his career in the U.S. Department of Defense.  He is a life Member of AHSGR and GRHS as well as a member of the Glueckstal Colonies Research Association Steering Committee. In the past he served on the AHSGR Board of Directors, worked with Emma Schwabenland Haynes in identifying Germans from Russia in the National Archives and has published articles in AHSGR’s Journals, and Clues.  He has also been a presenter at numerous AHSGR and GRHS conventions.

Allyn has a graduate degree in Political Science, Public Administration and Policy, and has studied in Germany on a Fulbright Grant.

Allyn will focus his presentation on the photo taken by Augustus Sherman in 1905 while the family was detained for an immigration hearing at Ellis Island and the subsequent fate of the family once they were admitted. In addition, he will also describe the Ellis Island experience during the peak immigration years of 1900 to 1920.