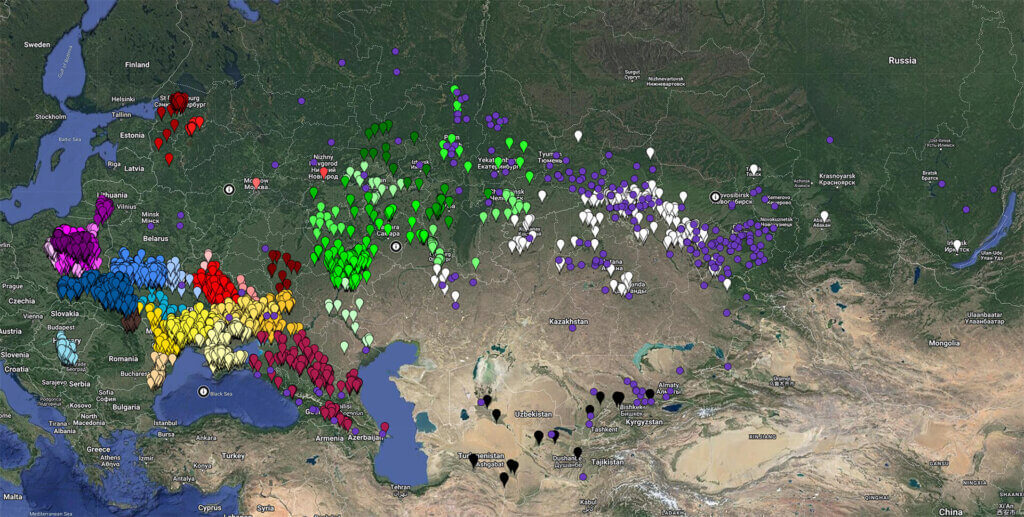 On December 4, 1762, Catherine the Great issued a Manifesto inviting Western Europeans to settle in Russia. However, it was her second Manifesto of July 22, 1763, which offered transportation to Russia, religious and political autonomy, and land that incited many Western Europeans, mostly Germans, to migrate to Russia.

The first wave of migration occurred in the Volga River region beginning in 1764. By the late 1760s, some isolated settlements were already founded in South Russia. Hutterites first settled in Russia in 1770 and Mennonites began to settle in Russia by 1789. Settlements in the Bessarabian and Black Sea regions were being established in the early nineteenth century.

There were about 3,500 German villages in Russia before 1941 when the Soviet authorities issued a decree resulting in a forced evacuation of the villages and resettlement of villagers to Siberia and the Asiatic Republics (Kazakhstan).

Some villages and regions have more focused research than others – the result of the interest and activity of people working to learn about “their” village or region. AHSGR volunteers serve as Village Coordinators (VCs) to coordinate research for individual villages. If you have questions, please don’t hesitate to find and contact a Village Coordinator for help. Look for more available Villages information or items in our Online Store!