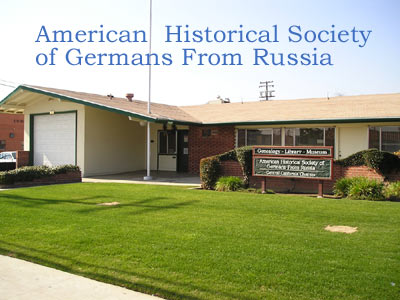 Welcome to the AHSGR-Central California Chapter. We are located in Fresno, California, in the heart of one of the worlds most diverse agricultural and ethnic regions.

In 1971 this Chapter was founded as a nonprofit 501(c)(3) organization. Our mission is to archive, research, and promote the history of Germans from Russia. We fund our organization through a number of events, such as making homemade noodles 4 (four) times a year and also patron and memorial donations.

In Fresno, many of the Germans from Russia were known as the “Rooshians of West Fresno”. They arrived as early as 1887 from the Volga River region in the former Soviet Union (Russia). By 1920, these settlers swelled the population to 8,000 followed by the Mennonites and the South Russia Germans. Today, an estimated 100,000 descendants (if not more) are in the Fresno/Madera Metropolitan Region.