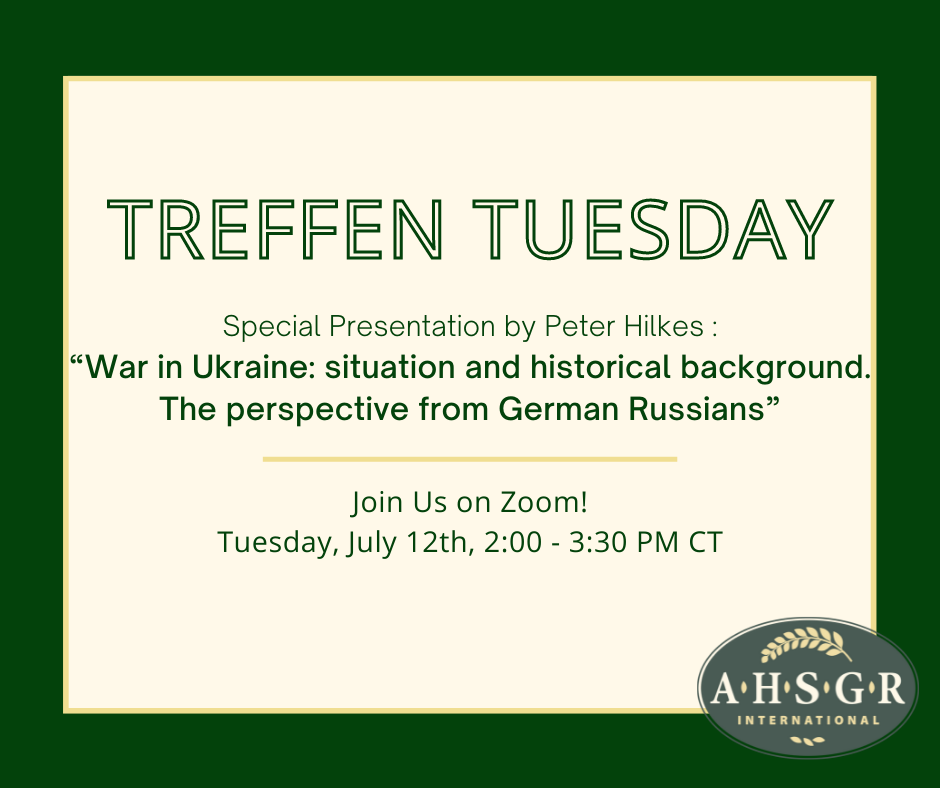 Peter Hilkes is a very well-known lecturer and researcher at Ludwig Maximillian University and Ukraine Free University in Munich.  In addition, he works as a program coordinator for the House of Resources in Munich, a network of Migrant organizations.

He has published on German monitories in the Soviet Union and the successor states as well as on integration issues in Germany regarding transformation in the educational system, with a specific emphasis on Ukraine.

Peter was the head of the information and coordination office for German-Ukraine relations in Berlin (2002-2008) and Senior Civil Society Expert of a non-government organization project at OSCE In Kiev in 2006.

Peter is extremely  involved with the current Ukraine situation and the people fleeing to escape the horrors of the Russian invasion of their country.

“War in Ukraine: situation and historical background.  The perspective from German Russians”

Peter’s presentation will focus on the tragedy unfolding in Ukraine and the traumatic effect on the people fleeing the invasion of their country.

He will share with us his vast knowledge of the history of Ukraine, their people, and their strong and brave defense of their country.  Millions of people have fled Ukraine but many of the husbands and fathers have remained behind to help ward off the invaders.  He will provide first-hand information on current events and the desire of a vast majority of migrants who wish to return to their country.